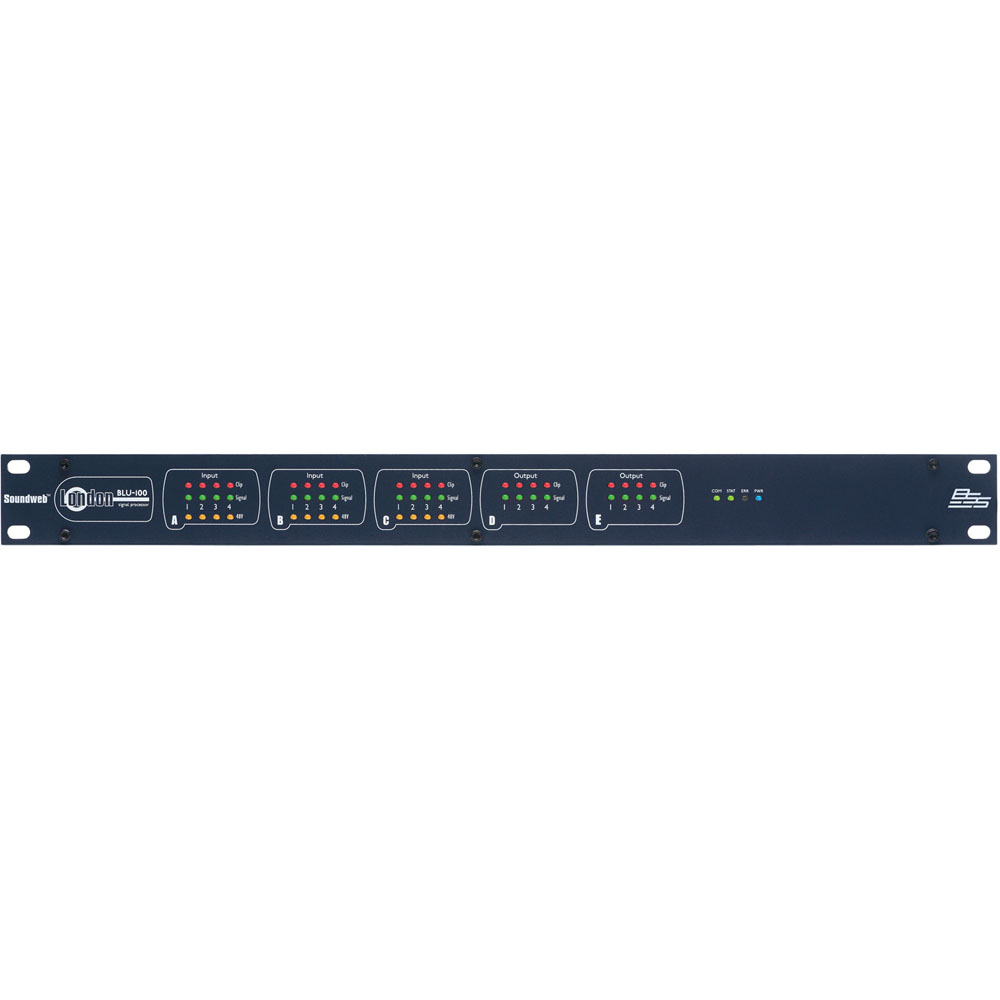 The BLU-100 has open architecture which is fully configurable through HiQnet™ London Architect. A rich palette of processing and logic objects and a "drag and drop" method of configuration provide a simple and familiar design environment.

This processor features a low latency, fault tolerant digital audio bus of 48 channels which uses standard Category 5e cabling giving a distance of 100m between compatible devices. Fiber media converters can be used to increase the distance between devices to over 40km.